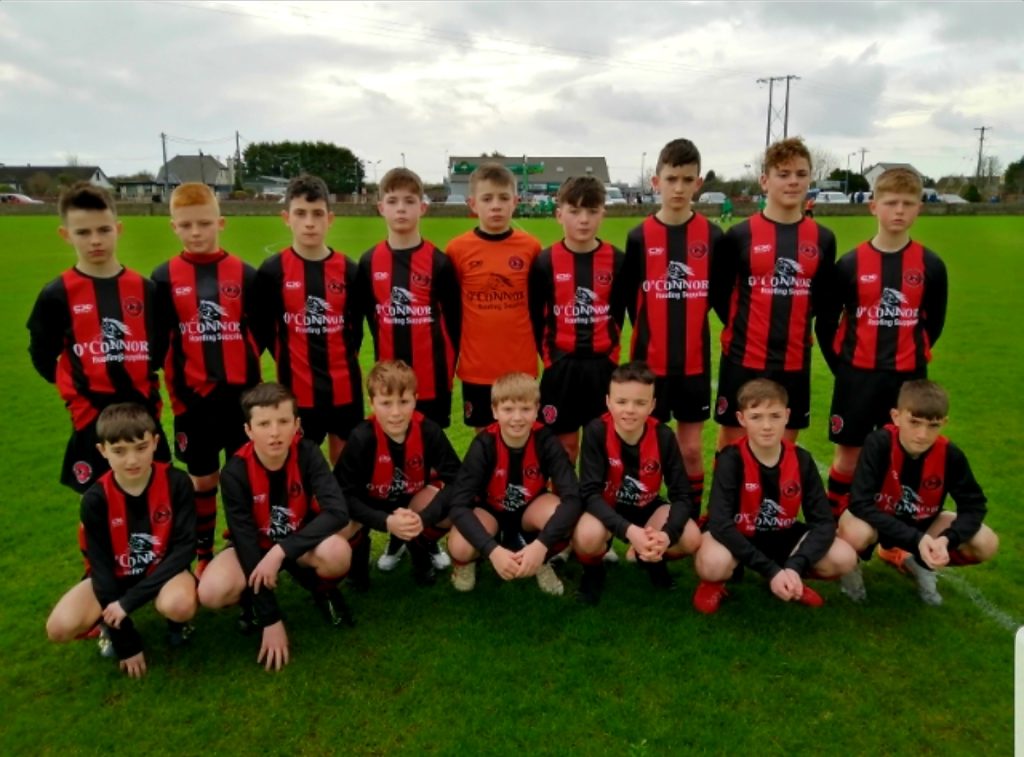 In a game that had an incredible finish, Bellurgan never really got going with the visitors,  Mullingar Athletic settling down early in the match.

In a game with very few chances it was Mullingar who took their first chance midway through the first half. Bellurgan weren’t helping themselves either with some really poor passing & possession as if they were in awe of the occasion.

The equaliser came from the penalty spot as Caolan Murphy cooly slotted home after Joe Hanlon got pulled to the ground from a corner kick. A few positive substitutions in the second half resulted in the lads getting a bit more of the ball. Rauri Traynor & Cian McKenna went close with half chances but with nearly the last kick of the game came the move of the match. Passes from Dualta, Fionn & Traynor  set up Josh Condon only to see his point blank effort saved by the keeper.

So with the Full Time whistle the game had to go to Extra time.

Again the first half of extra time didn’t produce much in chances they were all kept for the final 10 minutes when the game really came to life. Rauri Traynor eventually got away from his marker holding off 2 challenges to expertly slip the ball past advancing keeper to almost guarantee the victory. However, Mullingar had other idea’s. With only 2 mins left a hopeful cross evaded everyone to land in the far corner of the net to send the visitors wild.

But not for this Bellurgan team as right from the tip of the lads pushed forward. Jack long flicked the ball on to the path of Joe Hanlon who stretched before the defender could get to it & see his effort sail over the keepers head, into the back of the net, and sending the home support into ecstasy. It was a tough end to take for the excellent Mullingar Athletic who on another day would be celebrating a well earned victory. But it’s Bellurgan United who advance to the last 16 of the National cup were they play the winners of Shelbourne v Mervue.

Well done to the entire squad, the coaches and a big thank you to everyone there today for supporting the lads.